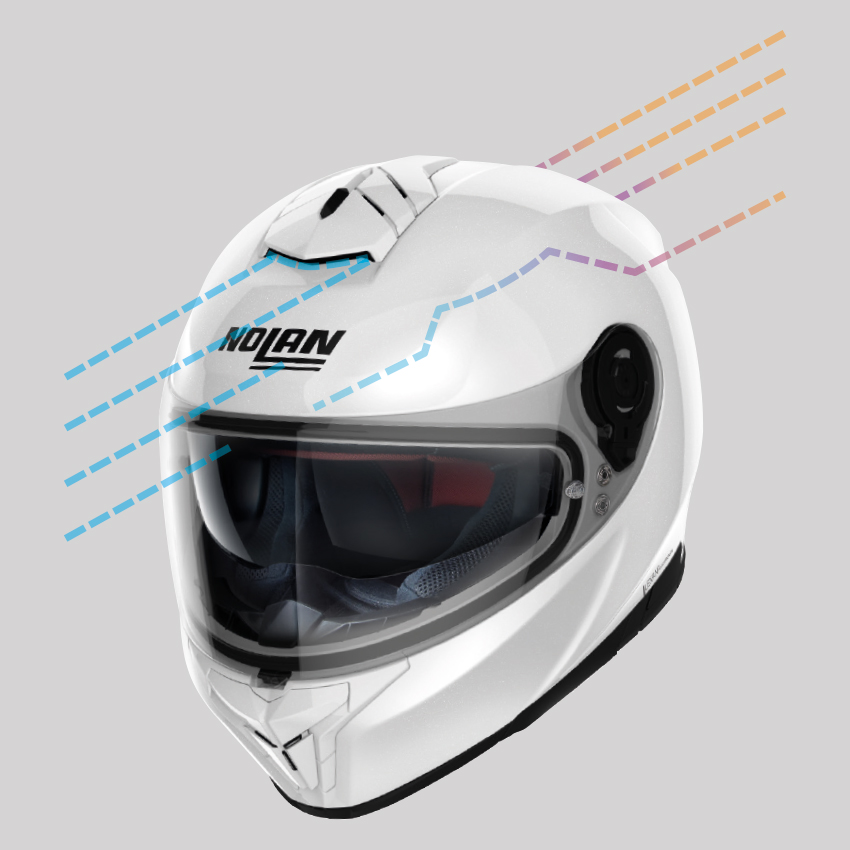 The exclusive “AirBooster Technology” upper system ensures optimal ventilation where the rider’s head most requires: the air is extracted from the upper air intake and forced into the most critical areas, avoiding any 22 dispersion, to guarantee maximum comfort also in extreme riding conditions. 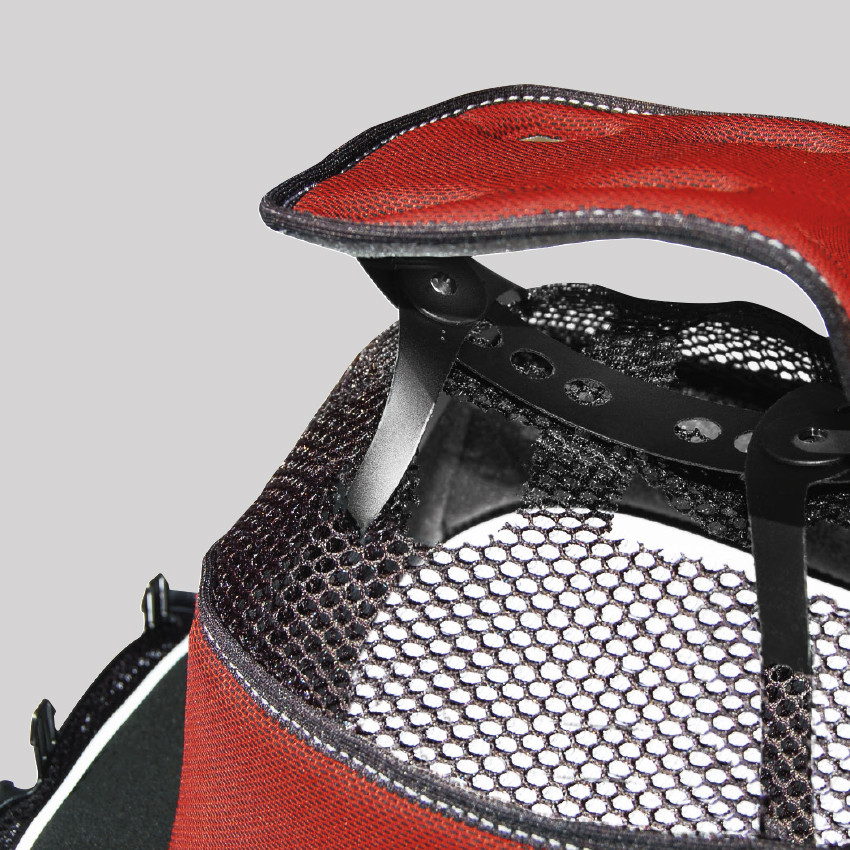 The comfort inner padding is made with active carbon filaments, a thermoregulatory, antistatic and dissipative element. The liner, with an innovative net construction, aids the movement of air around the upper part of the head which thus stays cool and dry. The inner padding is additionally made up of lateral cheek pads and lining straps which are all completely removable and washable. 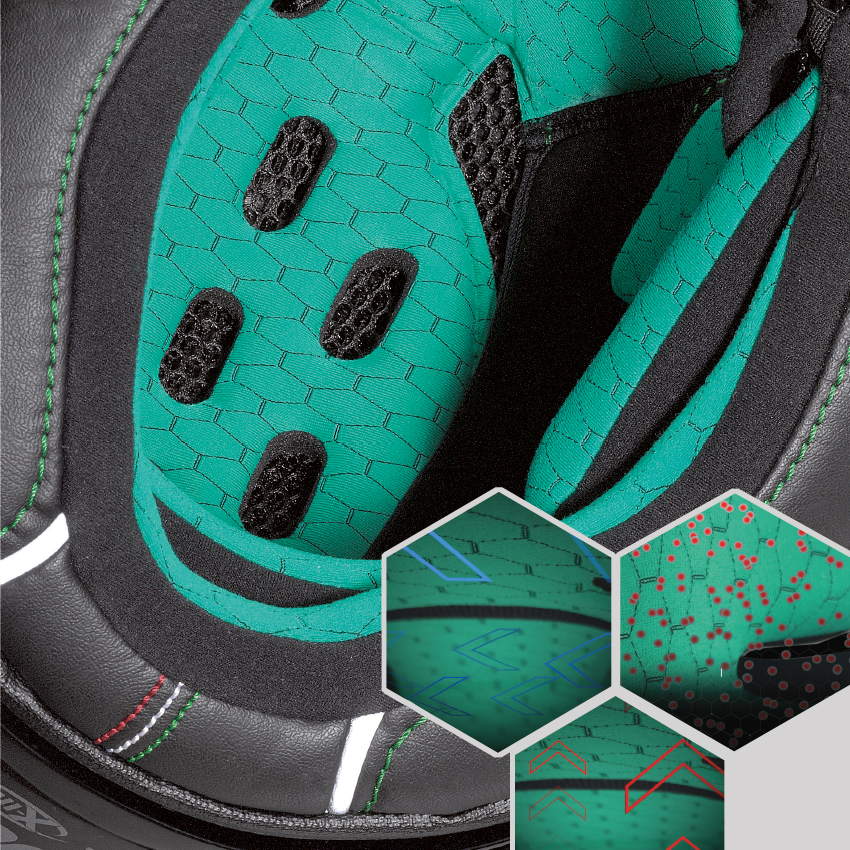 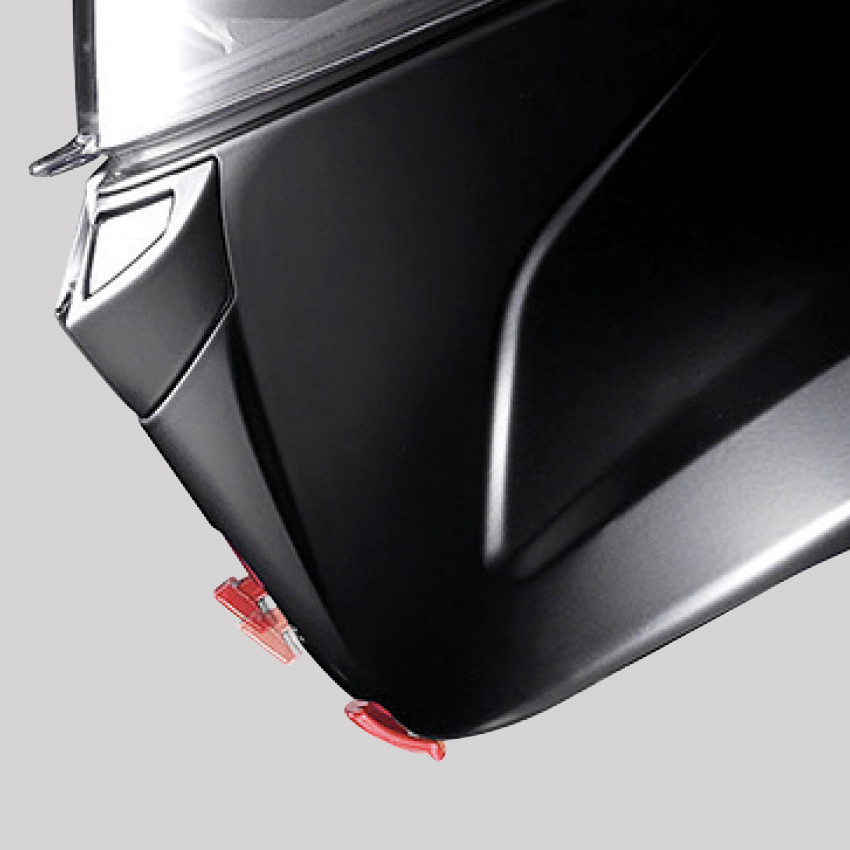 Exclusive DUAL ACTION chin guard opening system. Positioned in the centre of the chin guard, it allows for easy, one-handed opening. The dual action opening mechanism reduces the risk of accidental opening: the chin guard can be opened only operating the first release lever (or safety lock) and then activating the second lever. 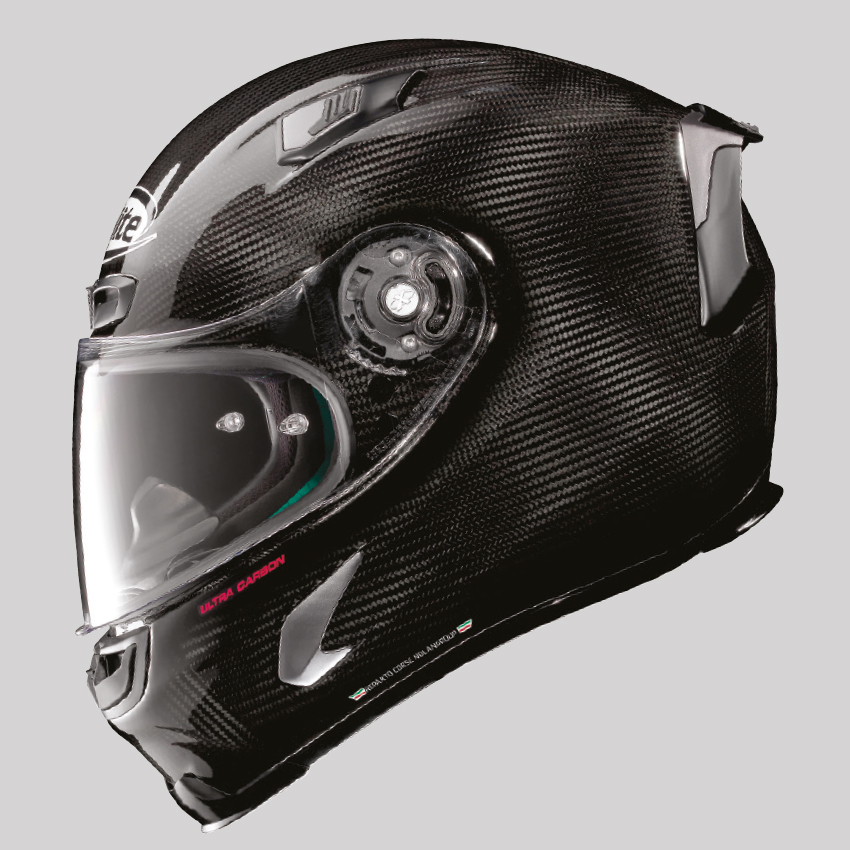 Device allowing the visor lock (to prevent accidental visor opening at high speeds) or visor demisting at low speeds or stops (by a minimum visor opening). 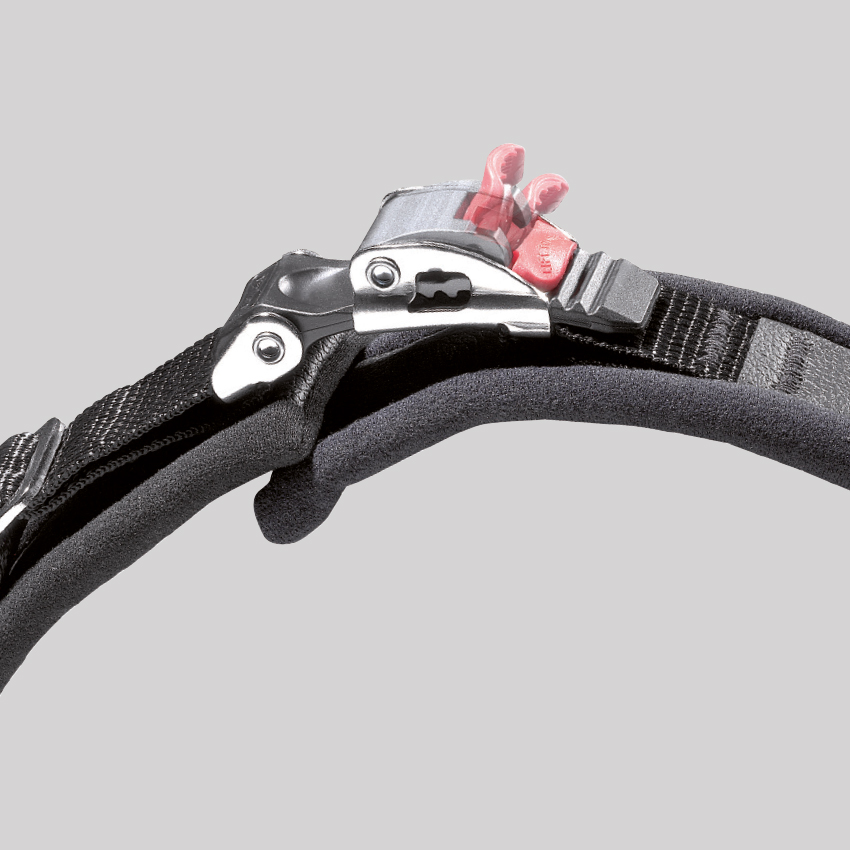 It is a double lever retention system with micrometric adjustment. It consists of a thermoplastic ergonomic opening lever, and of a second aluminium toothed and holding lever. The toothed lever releases the micrometric strip, thus the chin strap can only be open with a very broad rotation of the opening lever. This device minimizes the possibility of unintentional opening. 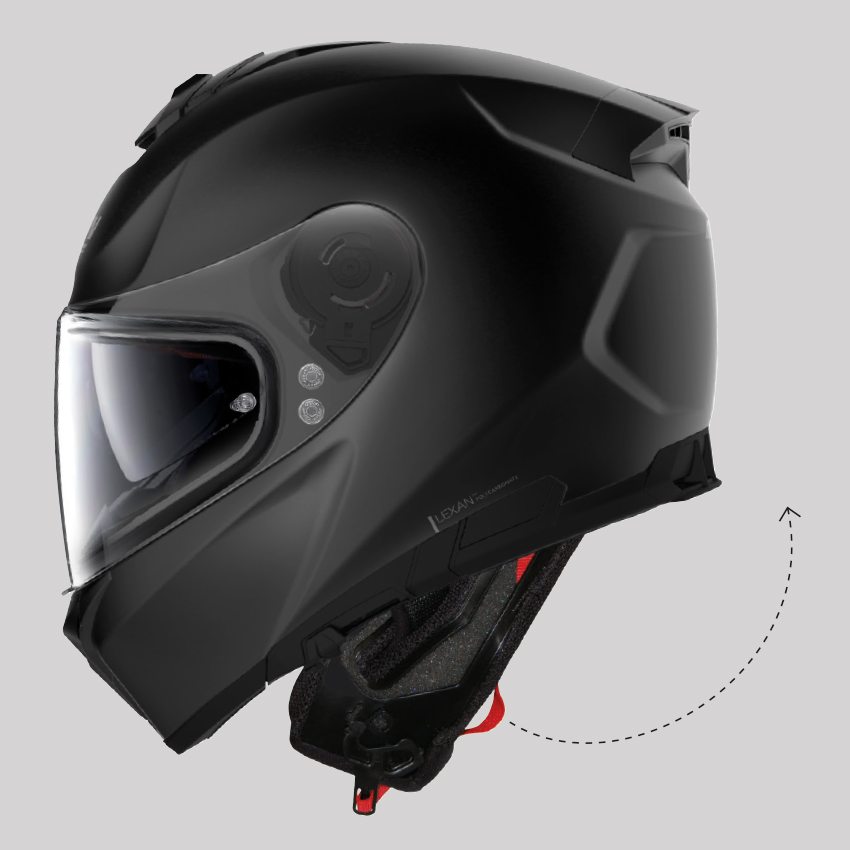 This system allows emergency teams to remove the cheek pads from the helmet while it is still being worn by the motorcyclist by simply pulling the red tapes attached to the front of the pads themselves. 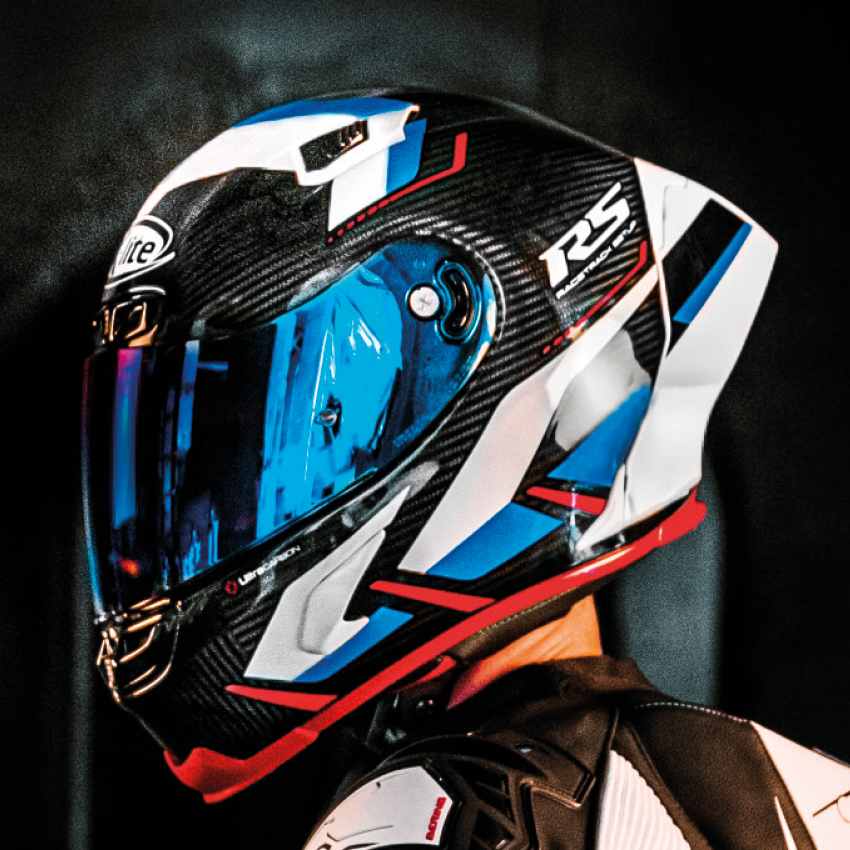 This is an aerodynamic spoiler developed in collaboration with the official Nolan and X-lite riders, and is the result of Computational Fluid Dynamics (CFD) studies and wind tunnel trials. The shape of its upper part reduces the aerodynamic resistance of the helmet and improves stability at high speeds in a head-down position, above all when providing a continuous line with the hump on the back of the rider’s suit (when present). Furthermore, the shape of the lateral parts improves helmet stability at high speeds in the air flow from the headlight fairing. It can be removed from the helmet according to the conditions of use and/or riding situations, for example in the presence of a passenger.